Given the Ecoacoustic compositional nature of the site, I hope to share a number of  URL’s, articles and other miscellany in relation to ecoacoustic and environmental sound composition and location field recording, so will periodically add new stuff to this section (and, not unlike most artist, I do like to be able to share the creative works that come about as a result of my recordings, so thought it might be a nice space on the site to mention new and upcoming works and projects:

I have a recent release of entirely acousmatic, multichannel/ 5.1 material available in a variety of formats  via the UK ‘Audiobulb‘ label (release date November 25, 2015 (entitled: ‘frostbYte – one dog night’). The release has had some favorable reviews that can be seen on the Audiobulb website, and a special thanks to the ‘A Closer Listen’ who recently included the release as part of their popular ‘The Years Best Winter Music Feature‘ .

Additionally, the  Gruenrekorder: Phonography & Sound Art label in Germany released (2013) a radiophonic CD of my work that was created whilst I was a Radio National Media-Artist-in-Residence at the ABC (Australian Broadcasting Corporation). It contains a variety of largely eclectic works designed as a suite of 19 radiophonic miniatures, almost all of which are based on field recordings of some type (along with studio-based processing etc) of travels throughout the West Indies and parts of Europe. 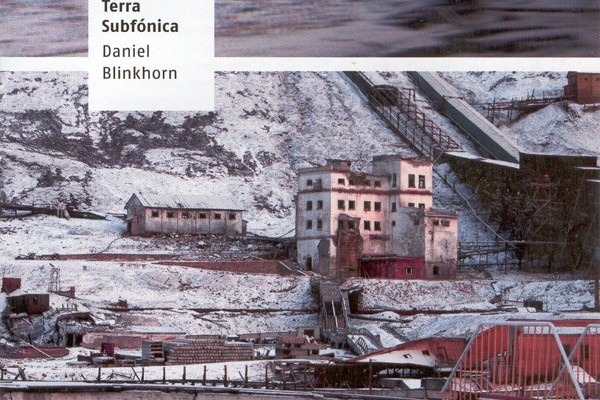 To my surprise given the somewhat schizophonic nature of the work, the album has been quite well received, and the good folks at a closer listen placed in in their ‘Top 10 Field Recordings and Soundscapes’ releases for 2013…(The CD cover was also ranked as number 8 as featured in their ‘Year’s Best Album Covers 2013’ section)…: a closer listen

I have started to put together a collection of articles and other interesting digital and physical resources I have come across, or been involved in…:

…a new release of a beautiful book I highly recommend…;) it comes with a CD…(please support the authors and buy the book, it’s a very informative and insightful read…) 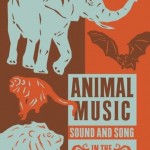 Here’s an article I wrote, published by ‘Music Australia’ called ‘ Thoughts on Art Music Composition in the Digital Realm

This is a URL to an article I wrote for DPA in relation to their 4006A series microphones, very generously supplied for recording by Amber Technology in Sydney_DPA Microphones Capture The Audio Ambience of Africa

and another for their 2006A series microphones, once again very generously supplied for recording by Amber Technology in Sydney DPA_North Pole location recording

‘Other artists combine their field recordings with digital enhancements for a different effect, which many find to be more musical. Daniel Blinkhorn incorporated crackling sounds from the fjords of Svalbard in the Arctic Ocean with electronic static sounds. On his website, he provides samples of the original recording and digitally re-mastered version so that listeners can compare for themselves…..’ not sure if I entirely agree with his assertions (I’m unashamedly not a phonographer, so why would I even attempt to purely provide unedited recordings with no other referential point…I’m a composer using natural sound in an unequivocally compelling, yet original way to provide agency for natural sound…this is equally as important as simply providing field recordings (beyond forensic purposes), but I appreciate the mention;)

a collection of fantastic papers with some great recording insights (along with all manner of acoustic ecology info!), presented via WFAE under their

Soundscape: The Journal of Acoustic Ecology …here’s an example…: environmental-agents-the-art-of-field-recording

in keeping with the WFAE thread, here’s a PDF sample from one of my absolute favorite acoustic ecology advocates, the redoubtable Bernie Krause…:

The Niche Hypothesis: How Animals Taught Us to Dance and Sing

an ambitious project/ resource all about field recording throughout Europe…: sounds of Europe

keeping with the European theme, the European Acoustic Heritage has a great initiative that, in their own words ‘aims at discovering and enhancing the soundscapes of Europe, the different sounds that make up the imaginary world and personality of the places and environments as a part of the European common cultural heritage’.

here’s another similar project to the ‘Sounds of Europe’, with a tremendous amount of scope called ‘Sound Around You’ ‘Worldwide Soundscape Research Project’ initiated by the University of Salford in Manchester Sound Around You

some thoughts on soundscape composition by the truly enlightened and hugely inspiring composer Hildegard Westerkamp!

more thoughts, this time by Barry Truax, whose knowledge of composing with environmental sound is humbling to say the least (if not inspired and encyclopedic!)

New Papers & Texts soundscape composition Ecologically-based granular synthesis (there’s a tonne of his stuff out there if you do a quick search…it’s all great;)

Jonathan Gilmurray has published a couple of good papers on ecoacoustics and ‘beyond’ phonography that are well worth the read…:

BEYOND PHONOGRAPHY: An Ecomusicological Analysis of Contemporary Approaches to Composing with the Sounds of the Natural World

‘Pro Sound News Europe’ release all manner of interesting articles re field recording, so here’s an older one I was included in from 2012

the emerging Australian acousmatic composer, Nicholas McConaghy wrote a nice analysis on my work ‘anthozoa’ which was published as part of the OREMA website…you can check it out here at…:

a paper (presented at the ICMC 2006) from two fellow Australians discussing aspects of structure when composing with environmental sound…: an introduction to eco-structuralism

Lastly, in this section I thought I would start to compile a few URL’s to individuals and organisations I greatly admire. Whilst they all work in very different, yet equally inspired (and inspiring) ways, many share a commonality for using environmental sound and field recording within their work. Hopefully it will be seen as a varied and informed (if not eclectic) list of truly remarkable people and places. I will be adding to the list periodically: (as with the other pages, this one is under-construction with much more to come, so please check back from time to time;)